Sciatica is a low back disorder in which the nerve root by your spine gets irritated, producing the tell-tale shooting pain down the leg. It is one of the most common conditions seen in spine medicine and ironically also one of the most misunderstood.

Also known as lumbar radiculopathy, sciatica is typically caused by a problem with the disc of the spine, a wedge of semi-moveable collagen. The disc is composed of an outer fabric-like layer called the annulus and a gel-like interior called the nucleus. With excessive mechanical stress, damage to the disc can occur.

With repeated cycles of stress-strain reversals–alternating cycles of tension and relaxation–the annulus fibers can loosen and tear. Repeatedly twisting or flexing the spine forward damages the annulus.

Meanwhile, the nucleus which is enclosed within the fibers of the annulus can start shifting toward the back of the spine with flexion stresses, as occurs with slouched postures, which pressurize the front of the disc causing the nucleus to drift in the other direction.

Both the protuberance of a disc bulge and the leaking out of the nucleus of a disc protrusion can mechanically press on a delicate nerve root. The result is pain and/or unusual sensations–numbness, tingling, or burning–that goes to the gluteals, down the legs, and to the foot.

So why do I say sciatica is so misunderstood?

Sciatica gives the illusion of simplicity because it is one of the rare spine conditions for which there is a clear problem visualizable on an MRI, the gold standard for imaging disc problems. There, a disc protrusion is pushing on a nerve root to the right and the patient is having right leg-pain.

If the patient heals, then there is not much more thinking to do. But the mystery enters the equation when a patient does not improve and begins to deteriorate unaccountably and inexorably.

I frequently see patients who have “for some reason” gotten worse with physical therapy. Pain medications and epidural injections have limited effect, and patients are left in despair thinking that a surgery is the only alternative left to them.

What none of these patients have been taught is why they developed sciatica in the first place. Because the onset of low back pain in most patients is gradual in onset, rather than from a sudden traumatic event, people feel confused.

What they did not realize is that the annulus does not get loosened or torn without reason nor does a nucleus shift to the back of the spine without reason. The key to understanding what causes sciatica and what causes it to worsen is…mechanical stresses.

We mentioned earlier that the annulus is torn by twisting or repeated cycles of flexion and that the nucleus is displaced by flexion forces. The confusing aspect of this fact is those postures, movements, and loads do NOT initially cause pain. 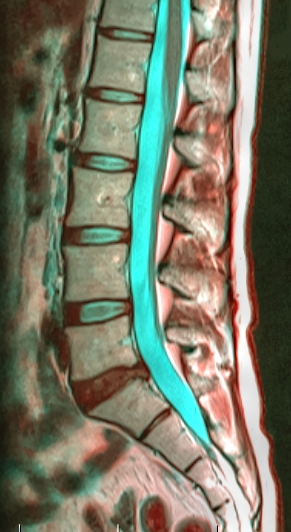 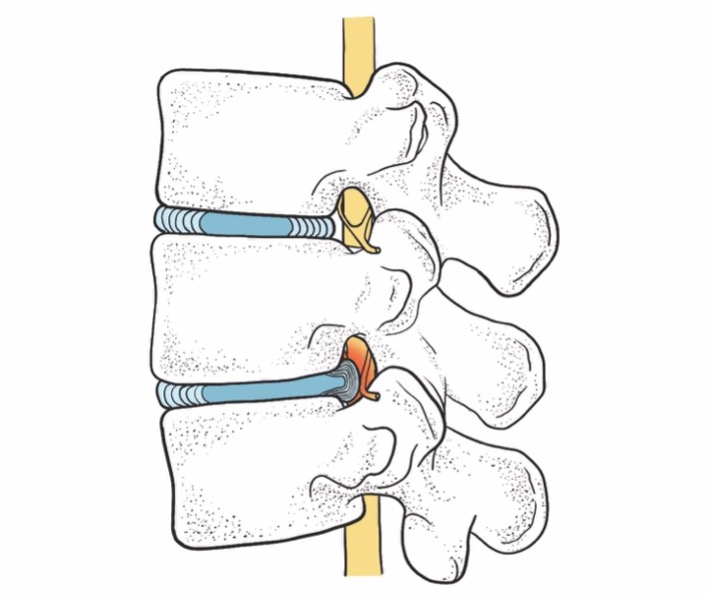 Like high blood pressure or diabetes, the development of sciatica is a silent disease. Consider my patient Tom, a busy accountant in his 50s, who prizes spine mobility. Two years ago, Tom started a new stretching regimen in the morning.

He would perform a set of twisting exercises and then go through a yoga routine in which he would hold his spine in extended and flexed positions. To “build his core,” Tom finished each morning routine with 50 sit-ups.

After a year of this program, Tom noticed that his left gluteals and leg would hurt. Recognizing that twisting and sit-ups would flare up his pain, Tom stopped doing them. “Must be getting old,” he told himself.

From the perspective of the spine, what happened over the past year had nothing to do with age, and everything to do with mechanical stress. Each morning, the twisting, extending, bending, and sit-ups would damage the disc.

The annulus of the disc was stretched and relaxed through these repetitive movements. In addition to damaging the annulus, the sit-ups pressurized the nucleus backward. When the nucleus protruded through the torn annulus and pressed upon the left L5 nerve root, the pain began.

That is when the development of sciatica changed from a silent disease to an extremely life-disrupting problem. So why does the mechanical cause of Tom’s problem matter anyway?

Because the mechanical stresses that causes the sciatica will also cause the sciatica to progress. Despite the fact that Tom created his own injury through his morning routine, his physical therapist was giving him exercises that replicated those exact injury mechanisms.

Tom was prescribed twisting oblique crunches and variations of sit-ups on a medicine ball that created even more loads than traditional sit-ups. He was advised to do leg raises, which produce high amounts of tension on the sciatic nerve. These exercises caused Tom considerable pain, but he was told to “tough it out.”

Rather than the robustness promised, Tom’s injury became more fragile, more easily triggered, more painful, and more persistent. No doctor or physical therapist had corrected his slouched sitting postures and bad habit of rounding his spine when grabbing something in front of him.

The MRI showed a annular tear with a nucleus protrusion through the L4-L5 disc with impingement of the left L5 nerve root. The anatomic clarity belied the clinical complexity and he found himself worsening.

The deterioration seemed mysterious and beyond his power to control until he learned from his consultation with me of the effect that mechanical forces had in the development and progression of his condition.

Rather than grit through pain as he had been advised, he learned that pain is a warning signal of spine injury. Ignoring the signal of pain meant that he was breaking his spine down. Heeding the signal, by contrast, allowed his nerve irritation to wind down.

Looking in hindsight, Tom recognized that there was a clear pattern that showed his pain was both inducible and reducible through mechanical stresses. Sitting, bending his spine, and twisting induced pain. Walking, laying on his stomach, changing his position frequently, and keeping a neutral spine posture reduced pain.

Understood through the prism of spine mechanics, Tom now had a working understanding of how to avoid his pain triggers–defined as the mechanical stresses that provoke pain and worsen injury–and how to conduct his life in a more spine-sparing manner with movement coaching. Safer exercises that avoided his pain triggers provided him the torso endurance to keep his spine aligned and stable.

Over the two months after his consultation, his pain diminished and Tom went in to see an orthopedic specialist for a follow-up. Tom sent me an e-mail later that night to let me know that his visit was 4-minutes long and his treatment option was a repeat epidural for which he “could do or not do, it’s up to you.”

Tom was most disappointed that his orthopedic specialist had nothing to say about the role of mechanical forces as a key factor in his sciatica. He knew nothing about exercise, Tom reported, but told me that “physical therapy might help.”

Poor as Tom’s experience of spine medicine reads on the page, the truth is it is standard of care for sciatica. The short visits, the focus on treatments like pain medications and injections, the mindless referrals to physical therapy, complete neglect of mechanical forces, and the offer for surgery when those inadequate measures fail are the conventional spine care package for sciatica.

A McGill Method assessment takes a different approach. Rather than four minutes, the assessment and coaching will last 2 to 3 hours. Rather than see the patient monthly for life for pain medication, the education and follow-up to reverse the spine condition requires one to five patients for most. But the most important difference is the focus on what is completely neglected in conventional spine medicine–the mechanical factors that initiate and perpetuate low back disorders.

With a McGill Method assessment, guidance on pain medication and injections is a secondary consideration, whereas mechanical factors are the primary consideration. Defining sciatica by the functional issues rather than the anatomic problem, as seen on MRI, allowed me to understand that Tom had evidence of spine instability from flexion and twisting.

Converging on this diagnostic insight makes it possible to create a treatment program that accounts for Tom’s pre-existing athleticism, age, spine injury, and goals for the future. Tom has actually succeeded in an unintentional manner–aiming for spine mobility, he has wrenched and torqued his L4-L5 joint complex into instability which is pathologically excessive spine mobility.

Educating Tom to emphasize the other pole of spine fitness–stability–is needed and to let go of the fixation of spine mobility which, it should be noted, he had in abundance. The elimination of pain triggers in his daily life and exercises from his physical therapist that replicated his mechanical intolerances formed the foundation of healing.

Tom’s case is fairly straight-forward, but even straight-forward cases frequently progress to chronic pain when pain triggers and mechanical intolerances go unheeded and the level of instability and nerve irritation increase. The reality is, with the right mechanical guidance, 90% of surgeries–discectomy, laminectomy, and fusion– related to sciatica would be unnecessary.